Yesterday I attended my first convention. The Hero Hype convention in Miami. 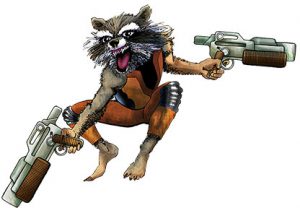 It was a small one day event, so, my expectations, going in, were mixed. I was prepared for the worst but hopeful for the best.

In my head I have this vision of all conventions being like Megacon; where half a million people attend. This was smaller and I was expecting a lot less people, but, there were only about 500 people in attendance. Which is fine. Also, the vast majority of the people were there for cosplay and not comic books. There was only two other people selling posters there. And one vendor selling comic books. The rest was toys, video games and they had a girl who I guess is a Cosplay Celebrity.

Never the less, this was to be a learning experience for me, to better prepare me for MegaCon in a couple of months. 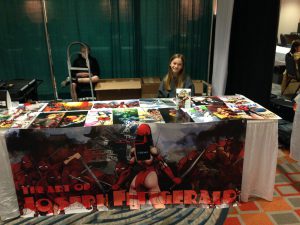 Things I learned at my first convention

You do not suck

The convention hours were from 10am to 6pm. After the first hour or so, when nobody was even coming up to look at my booth I started to think, geez maybe I suck. 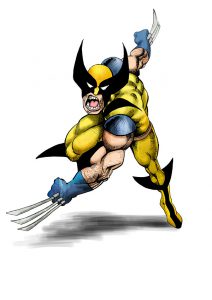 After lunch, Liam leans over and says to me, I don’t think we are going to get a single order today. I agreed, and the negative voice in my mind was telling me, your work is no good. People don’t like it.

But then, 3 pretty teenaged girls come running up to the booth and tell me, your posters are awesome, we’ve gotta have one. They bought 3. Then another group came up right behind them and so on. Then, later on, the one vendor who was selling comic books came over and bought a couple posters. He said to me, “I really respect what you do. You’re the only one here with any talent.” We went on to talk for a few more minutes. His words really meant a lot to me. More than he knows.

I had printed up some cards with my art on them to hand out for free. Thinking this would soften people up and they would eventually buy something. But it’s the opposite. What really happens is people come up to your booth and think, I want some of your art. Then you hand them a free sample and they think, I have some of your art. And they leave. I know, now, if they want your art, they will purchase something.

I had to tie up my table banner to the table and I could not hang up my pricing banner because I didn’t have any push pins. I had some table tents with pricing information on the table, but, everyone who made a purchase, inevitably asked how much the posters were. So not having a large banner with the pricing was a clear set back.

I had one guy tell me he bought a Harley Quinn poster from another vendor, even though he liked mine better, because he thought mine would be too expensive. So, I clearly lost out on some sales because of that.

More people pay with cash than with credit card

I have the square card reader with the chip reader. So, I was able to process orders that way, and it was a good learning experience. But, most people purchased with cash. I had my kids run to a vendor to buy a soda with a 20 dollar bill, just so I’d be able to make change for people.

Like I said, this was a great learning experience for me. I’m going to try to do a couple more before MegaCon. Because, I want to have my process down and get the most I can out of that convention. So, overall, I give the Hero Hype experience a thumbs up. I got a lot of what I needed to learn accomplished.